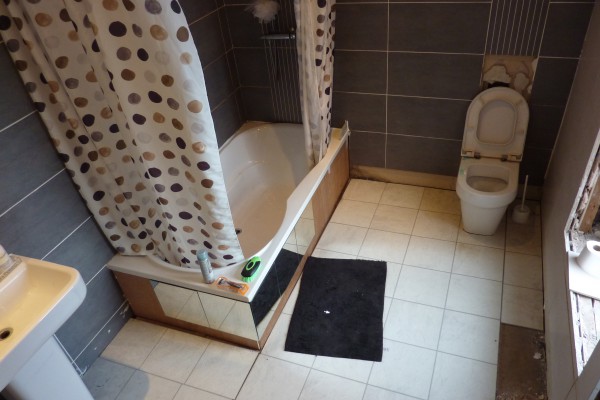 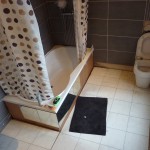 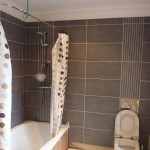 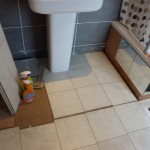 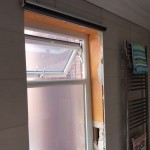 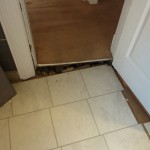 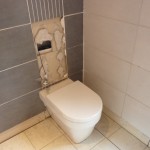 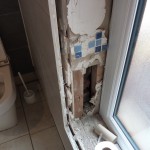 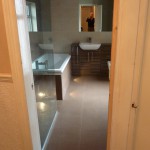 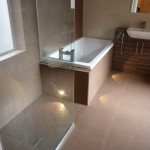 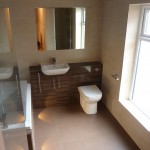 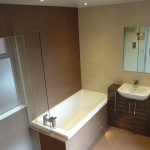 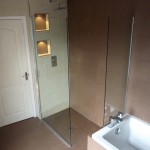 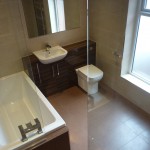 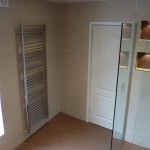 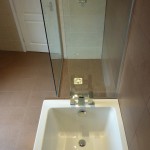 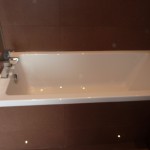 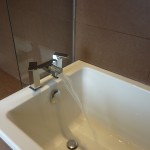 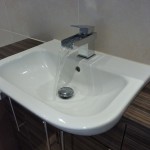 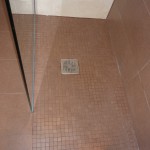 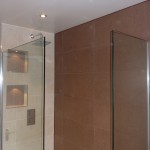 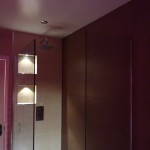 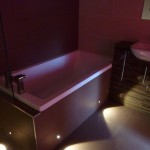 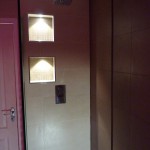 The first 7 photographs show the bathroom before work started. Our customer had bought the house from a DIY enthusiast who had attempted to fit the bathroom. With a baby on the way our customer wanted to remove all trace of the existing bathroom and upgrade to a wetroom with separate bath.

The old bathroom was removed including multiple layers of tiles, exposing a dangerous DIY job – a chimney breast had been removed leaving the adjoining wall and main roof purling no longer supported. This meant as part of the work we had to rebuild the internal wall and extend the ridge and main roof purling to fully support the roof. The floor was then rebuilt as the old floor had dropped considerably. Once all this work had been done we had a blank canvas with true straight lines. Albeit, in a rhombus shaped room as the property is a Victorian terrace.