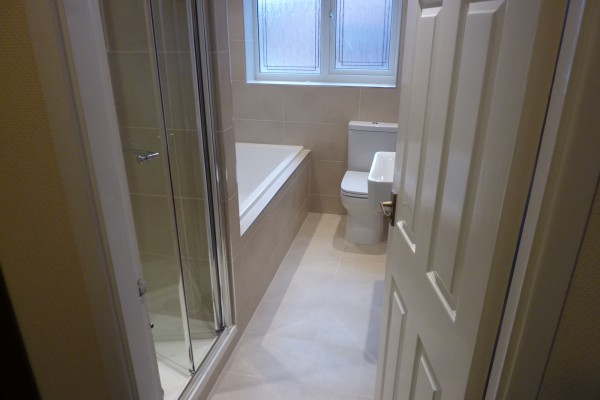 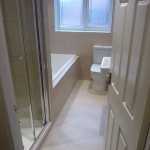 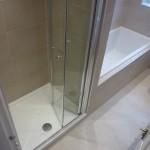 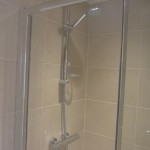 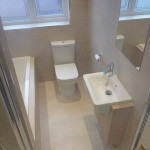 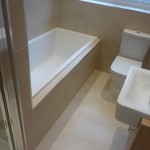 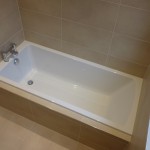 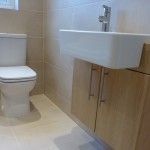 Our customer was recommended to us from their daughter, who had her bathroom, ensuite, cloakroom and kitchen installed by us.

They wanted to update their bathroom to make it more stylish but also functional as the shower area was leaking. We designed a more streamlined bathroom, installing a larger shower tray to give greater showering space and some storage under the basin.

“The main worker on the job Zak never stopped, was always polite and considerate and appeared to take a pride in his work. Probably, the most impressive workman we have ever had in our home. (He’s got quite a good singing voice too!)”
Mr & Mrs Wallace, Godley, Hyde 2013