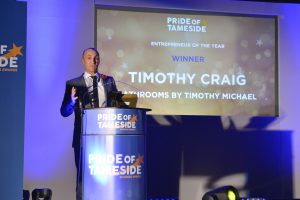 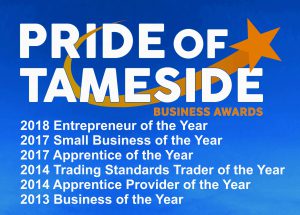 In October 2018 we attended the annual Pride of Tameside Business Awards, again we were shortlisted with some large, reputable Tameside based businesses. This year we took the entire team, and it was the year that Tim was awarded Entrepreneur of the Year, it was the last award of the evening. In Tim’s acceptance speech he spoke of it being a team award to recognise everyone’s hard work, he also again reiterated his support of the Apprenticeship scheme. 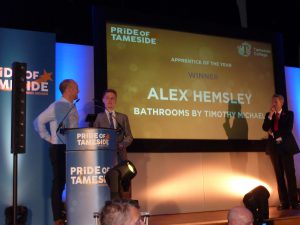 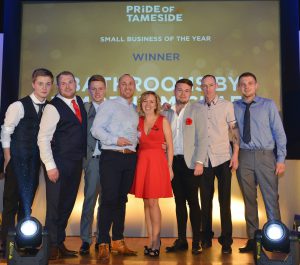 In 2017 we attended the annual Pride of Tameside Business Awards, we were shortlisted against some tough competition. We were again overwhelmed to win two awards.

Our 20th Apprentice Alex, won Apprentice of the Year. We have recruited apprentices since 2002, employing Apprentices has its challenges but it is certainly very rewarding to see staff progress through the business. All four of our fully experienced Bathroom Installers started as Apprentices.

We took our long serving staff to celebrate. We met Andy Crane the compere who took the time to come and congratulate us and having read our entry said he was very impressed that the majority of our staff started as Apprentices and our now qualified members of the team. Of course we never miss an opportunity – so when Andy said he wanted some work done, we quickly gave him a business card! 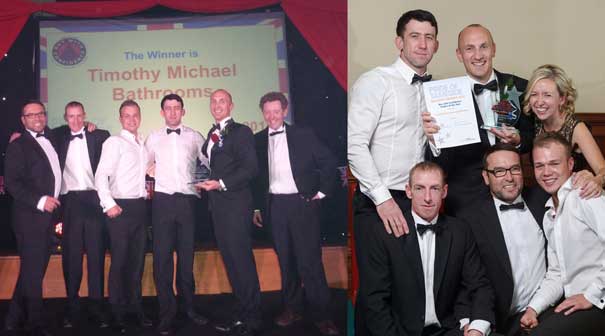 In June 2014 we attended the annual Pride of Tameside Business Awards, it was lovely to be present again at the awards and to be welcomed by staff from Brother, New Charter, Tameside Council and Benchmark Building Merchants. To have the well wishes of these bigger companies and to be given their praise at the event meant a lot. We actually felt like the evening could feel like an anti-climax as we said ‘we couldn’t possibly do as well as last year’. How wrong we were!

In May 2013 we attended the Pride of Tameside Business Awards and we were awarded the main award of Business of the Year. This was a proud moment in our trading history and we took along all of our long standing workforce to enjoy the occasion.

The award was presented by Mono Pumps and the judges said:

“The winner is a growing company with big aspirations, they were clear winners due to their exceptional growth in a very competitive market. They are a company who recycle their waste and have a good use of technology and a good use of social media. They have shown a key investment in young people and a strong commitment to the apprenticeship programme – Congratulations to Bathrooms by Timothy Michael”

In the run up to the awards Tim was interviewed on Tameside Radio, click on the video below to see images from the awards evening and to listen to his debut radio interview!

We also featured in the local newspapers, The Tameside Advertiser, The Reporter and the Citizen Magazine. 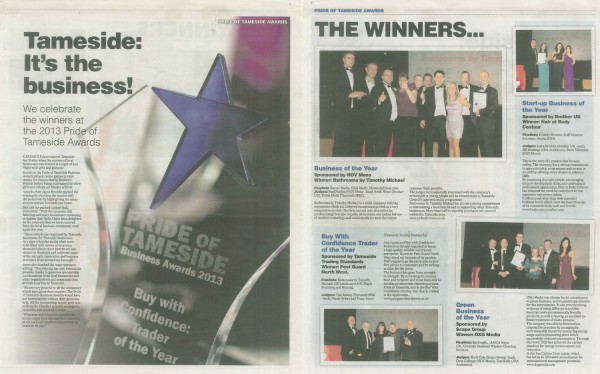 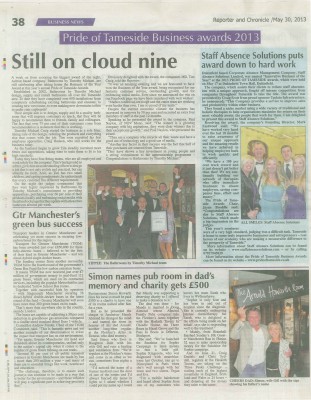 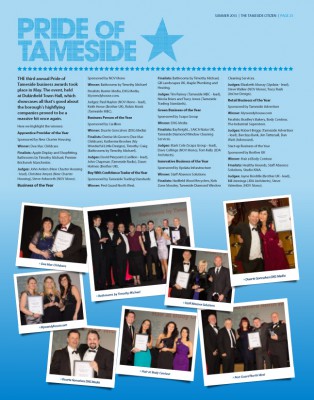